4 Episodes Of The 3 Stooges.
Downloads include:
Disorder In The Court
Brideless Groom
Sing A Song Of Six Pants
Malice In The Palace

Reviewer: MAH00T - favoritefavoritefavoritefavoritefavorite - June 5, 2020
Subject: Stooges should be Shempless
……IMHO the best 3S’s are with Curly; That’s not saying that I would not watch or don’t enjoy any other variation (except the CJ ones).
But growing up after school it was WKBS and the 3Ss and with 3 brothers we practiced all of the bits and required some bandaids here & there.(the fact that WKBSs studio was located at the start of the Skuylkill Expressway always made me smile yrs later) 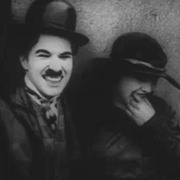